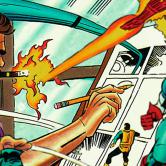 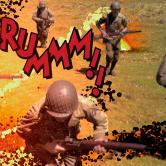 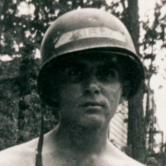 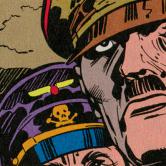 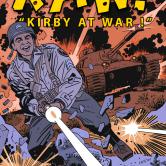 Black Panther, the Avengers, Hulk, Fantastic Four, The X-Men, Thor, Iron Man... to name only the most famous super-heroes created in the 1960s by comic book artist Jack Kirby, and whose characters today, dominate the blockbuster box office market in worldwide Cinema.

This definite, comprehensive documentary, examines the work of Jack Kirby from the prism of his experience as a young American soldier during WWII in France, and how this artist went to be known as “The King of Comics”.

What was the influence of Kirby’s traumatic experience in the war fields, where he was twice almost fatally wounded, on his body of work as a the creator of super heroes and how this terrifying self defining experience, inspired him to create Captain America, and so many others characters as the war came to a close.

Beyond WWII, this documentary will approach the impact of Jack Kirby’s work on contemporary art, cinema and video games, making him

one of the most exciting artists of the 20th century.